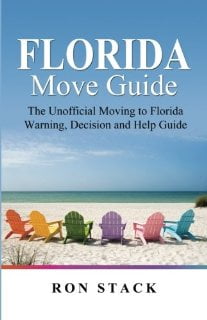 A) Concentrating on finding the best place to live or retire in Florida, before we answer the most important question: Should we really be moving to Florida in the first place?

Q) Why is it So Important to Learn if You Should be Moving to Florida or Not, First?

Q) How can the Florida Move Guide by Ron Stack Help Me Learn if Florida is Right for Me?

In a national Gallup Poll only 11% of Floridians said Florida was the best state to live in.

Yet from my experience of selling homes for more than a decade to people moving in, and out of Florida, I can tell you that nearly 100% of people moving to Florida think it’s the best state to live in. Why is there such a gap between what people think before they move to Florida, and after they’ve lived in the state a while?

Because the reality of living in Florida is often far different than what people perceive it will be like.

How many people have “permanently” moved to Florida, only to learn it was a mistake and moved out?

A University of Florida study on migration in and out of Florida published in 2009, showed that during the study period,

Your chances of that permanent move to Florida working out as planned, is far lower than what most people realize.

Avoid Expensive Mistakes With the #1 Book on Moving to Florida…

Ron Stack is the Main Author of This Website