Is Florida Still a Good State to Retire In, Like it was When Our Grandparents Moved There?

No. Unfortunately, for too many seniors including new younger retirees, Florida will not be the best state for them to retire to.

But they won’t learn that until after they spent a lot of their hard earned money and putting up with the hassle of moving their stuff, and lives, many states away.

I know, you think I’m crazy, but if you read further you’ll have a much better understanding of what is actually taking place.

I’ve wrote this article because I spent years selling homes to people “permanently” moving into Florida for retirement, and then later sold those homes as those same people moved out of Florida, after learning it wasn’t right for them.

Many People move to Florida for retirement to escape cold weather and snow.

Or for tax reasons or because there are less restrictions.

Or because they’ve always enjoyed vacations to the state, and assume that it would also be a great state to retire to.

These reasons are all completely understandable.

However, as time passes and they learn what living in Florida is really like, many (most?) come to realize they made a big mistake and eventually move out. Don’t believe me? Keep reading…

When I fist moved to Florida in the 1990’s and started selling real estate, I spent much of my day as I expected, finding homes for people giddy with joy because they were finally moving to Florida, often for retirement.

However, I was shocked by how many calls I got from seniors who had previously moved to Florida, who wanted to sell to leave the “Sunshine State” and move back home, or yet another state that they have never lived in before.

Those listing appointments were often filled with them telling me their horror stories of retirement in Florida, and all of the reasons why they wanted to move out.

What I learned over time from communicating with 1000’s of these retirees, is that moving long distance can be far move expensive, disruptive and difficult the older we get.

At first, I thought maybe there was just something wrong with the particular part of Florida I moved to, Then I saw this…

I found a 28 year study by population researchers from a well respected Florida university (my son graduated from it) documenting 13,164,695 people who moved to Florida during that time, from another U.S. state.

However, during that same time, they documented 9,540,260 that moved out of Florida to a different US state.

After studing their research, I realized there is a well established pattern of 1) people retiring to Florida, 2) and then eventually moving out (after what I call the honeymoon period, almost everyone loves it in the beginning). That is, if they could still afford to move again. Unfortunately, many who wanted to leave could no longer afford to do so.

I wrote the Florida Move Guide to thoroughly explain the reasons why many move to Florida only to later learn it was a mistake, how to avoid expensive mistakes and how to learn if Florida is really right for you before you start selling and buying houses and moving long distance. 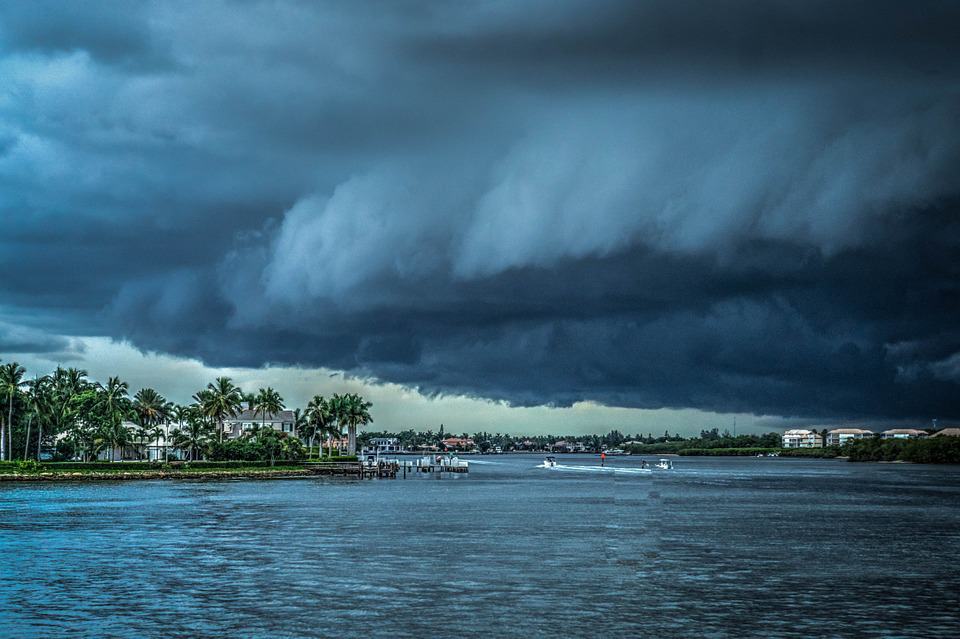 Even after a record number of years without a major hurricane swamping or leveling big chunks of the state, only 11% of Floridians said Florida was the best state to live in (2013 National Gallup Poll of all 50 states).

Keep in mind most of these people previously believed Florida was the best state to live in, why else would they go through the expense and disruption of moving 1000 miles?

What reality? As you’ll see if you care to read further, the truth is that many other states actually offer a higher overall quality of life than Florida.

This includes many of the states these people spent a fortune to move from. Yes, they moved from a better state to retire in, but moved to Florida because they didn’t know how its quality of life factors compared.

Florida is one of the best states to visit as a tourist. But for your own sake, learn how it compares as a place to live. Especially if you plan to live in Florida year round.

Please Note: Some links open pages on other websites. If any of the links are broken, please leave me a comment below and let us know so I can fix it (thank you).

3) Florida’s Crime Rate is still in the bottom half of all US States?

See where Florida’s crime rate is compared to other states, and the one you’re thinking of moving from (worldatlas.com).

4) Study Finds the Most Depressing Cities Are in Florida

Where are there more places with higher anti-depressant use, divorce rates and other “sadness” indicators? Learn here at MensHealth.com

The number of “best places” lists that use actual data rather than tired old myths to compile their article is increasing.  So now, many times Florida places don’t rank well, or they’re absent from the list altogether. Florida is Absent from AARP List of 50 Best Places for People 50+

You might want to read this first: Report by the Organization for Economic Cooperation and Development (OECD) Shows why Florida and the South in Particular are Poor Places to Live in, 10 Charts

7) Will your Moving to Florida for Retirement story end up like this one?

Just One Couple’s “Moving to Paradise” Story: After move from NJ, Florida has been no paradise for this couple (from BayNews9.com)

8) After the 6 month annual hurricane is over and winter arrived, there was a time when you could count on the hot humid weather to go away for 3 months in Florida so you could enjoy the outdoors in winter.

Unfortunately, some Florida winters now include storms, flooding and tornadoes (from an ABC news outlet).